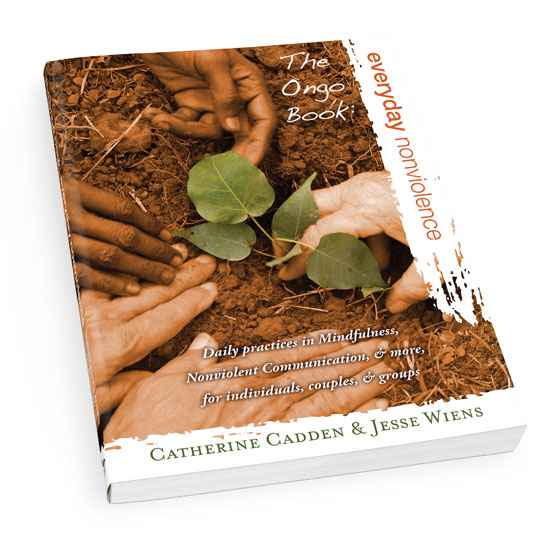 The Ongo Book is a complete self-guided Mindfulness and Nonviolent Communication retreat, for individuals, couples, and groups.

For Parents and Teachers 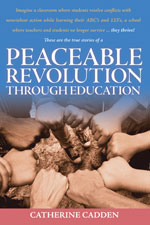 Practicing nonviolence in school gives teachers and students the opportunity to thrive – not just survive. Catherine's book offers stories of hope and inspiration from her work in classrooms around the world, including her own.

A Path with Heart Gift

Here’s your Gift from ZENVC Thanks for joining A Path with Heart: NVC & Social Change. We’re grateful for your interest in this important topic. Please enjoy this ZENVC Ongo Guided Meditation, as an expression of our appreciation: Download or listen to Connecting to Needs Through the Body now Connecting to Needs Through the Body is END_OF_DOCUMENT_TOKEN_TO_BE_REPLACED

The Practice of Zen and Nonviolent Communication

In March, 2012, Jesse spoke at the Empathic Telesummit about the practice of Zen and Nonviolent Communication.  In it, he addresses some common questions about Zen and NVC such as “How to be compassionate with yourself in your practice, no matter where you’re at”, and “How Needs aren’t something to get rid of, even in END_OF_DOCUMENT_TOKEN_TO_BE_REPLACED

Dear supporters, Some of you may know that we have been receiving requests to offer dialogue support and nonviolence/empathy training to various groups related to the Occupy movements, especially those in Wall Street, Washington D.C., and Chapel Hill/ Durham.  We’re writing to you to let you know how we’re responding and because some of you END_OF_DOCUMENT_TOKEN_TO_BE_REPLACED

In 2005,  when I was beginning to consider the possibility of certifying as a Center for Nonviolent Communication trainer, I often wondered, “Why become a Certified Trainer?  What are the benefits to certifying?  What needs does it meet?”  I asked that of many Certified Trainers.  Most acknowledged that the label itself can open some doors, END_OF_DOCUMENT_TOKEN_TO_BE_REPLACED

The Courage to Wait

from Practicing Peace in Times of Warby Pema Chodron Then the path of peace depends on being patient with the fact that all of us make mistakes.  And that’s more important than getting it right.  This whole process seems to work only if you’re willing to give yourself a break, to soften up, as you END_OF_DOCUMENT_TOKEN_TO_BE_REPLACED

excerpt from Peaceable Revolution Through Education by Catherine Cadden

Sixteen-year-old Zeke was an active member of the Ku Klux Klan. I had the opportunity to work in high schools in the San Francisco Bay Area teaching nonviolence in a two-day workshop format. The first day was spent working on how to transcend our thinking, fixed ideas and our perceptions of others while connecting to human needs. The second day, we supported connection between students in the class as well as empowered them with conflict resolution skills.

By the second day Zeke had sat with his discomfort in a room with people he saw as Jewish, Gay, Black, Liberal, the wrong kind of White, and Female until he could no longer keep quiet. During a game, when it was a revealed that a Jewish girl’s older sister would be having a wedding ceremony the following summer to marry another woman, he did not hesitate to voice out loud what was happening in his mind, “That’s just wrong!